The ways of the Ferrara District and the Regional Po Delta Park  are infinite and so are its emotions. It is not by chance that acclaimed poets and scholars have drawn inspiration from it and written lyrics and poetries of great interest. On the map of north-eastern Italy the Delta is like a triangle, whose corners are connected with interesting art cities: Ravenna in the South, Venice in the North and Ferrara in the West. Within this portion of Italian Territory is hidden a treasure made of natural oasis, wetlands, lagoons, pinewoods, beaches archaeological sites and important landmarks. This is a territory worth discovering inch by inch! Following the cycling itinerary proposed by Raggio Verde Incoming Italy  you will be immersed in a wonderful landscape.


1st Day Arriving in Ferrara with scheduled timetable with hotel check in and lunch  Guided tour of the town centre and the most important monuments as  Este’s Castle, symbol of the Este family’s power and real landmark of the city. The Castle, built in 1385 for Nicolò the II Marquis to protect him against popular insurrections, later to be  transformed in a magnificent palace, rises in the centre of the city as formidable fortress as well as splendid Renaissance residence. Then you will visit the Cathedral, that represents an unique harmonic balance between Romanesque solidity and exquisite Gothic elegance. The tour will go on with a stroll through the Jewish Ghetto: since the XII century Ferrara has had on its territory a great Jewish community, which lived under the tolerant government of the Este family and even grew up, receiving refugees from the Central Europe, Spain, Portugal and the other Italian States. Finally is scheduled the visit of the Renaissance area of the city, the Addizione Erculea and the Palace of Diamond  Free dinner in centre town and overnight.

2nd Day from Ferrara to Bondeno in the morning  departure to Bondeno, following the Destra Po bikers way. This town has been a medieval free commune and then part of the estate of the Canossa family,  many buildings there. The only one still remaining is the bell tower of the Church of the Maria’s Nativity. You will ride along the River Panaro, where you can notice the evocative outline of a vast river island, the Tontola, which is part of an important nature reserve. Going on you will find the ancient weir that still regulates the flow of the water from the Pilastresi Channel into the River Po. After a few hundred yards  you will discover the Rocca Possente, a fort built at the end of the 17th Century to protect the hinterland of the Este’s territory in the north.
This fort, designed in the form of a star, was built together  with its “twin”, the Rocca of Ficarolo, that was situated on the opposite bank and that has been washed away by the flood in 1670. Then you will arrive to Stellata, where in the local parish church, is kept a 14th century wooden cross. You can also visit the Ariosto's house, which belonged to the son of the famous poet. During the tour is scheduled a break for the lunch. Coming back to Ferrara to the hotel and dinner.

3rd Day From Ferrara to the Regional Po Delta Park South Area departure to the town of Argenta by shuttle Here starts the bike excursion: you will visit the Oasis of Campotto, one of the most important wetland ecosystem in Europe. The Oasis covers approximately of land and here you can find a range of animals and plants thriving and reproducing in a unique environment of utmost scientific and cultural interest. During the tour is scheduled a break with packed lunch. Coming  back in Ferrara by shuttle with dinner and overnight at the hotel.

4th Day Departure in scheduling of guests or following other Italy destination on demand.

Important This Tour is available from March to October 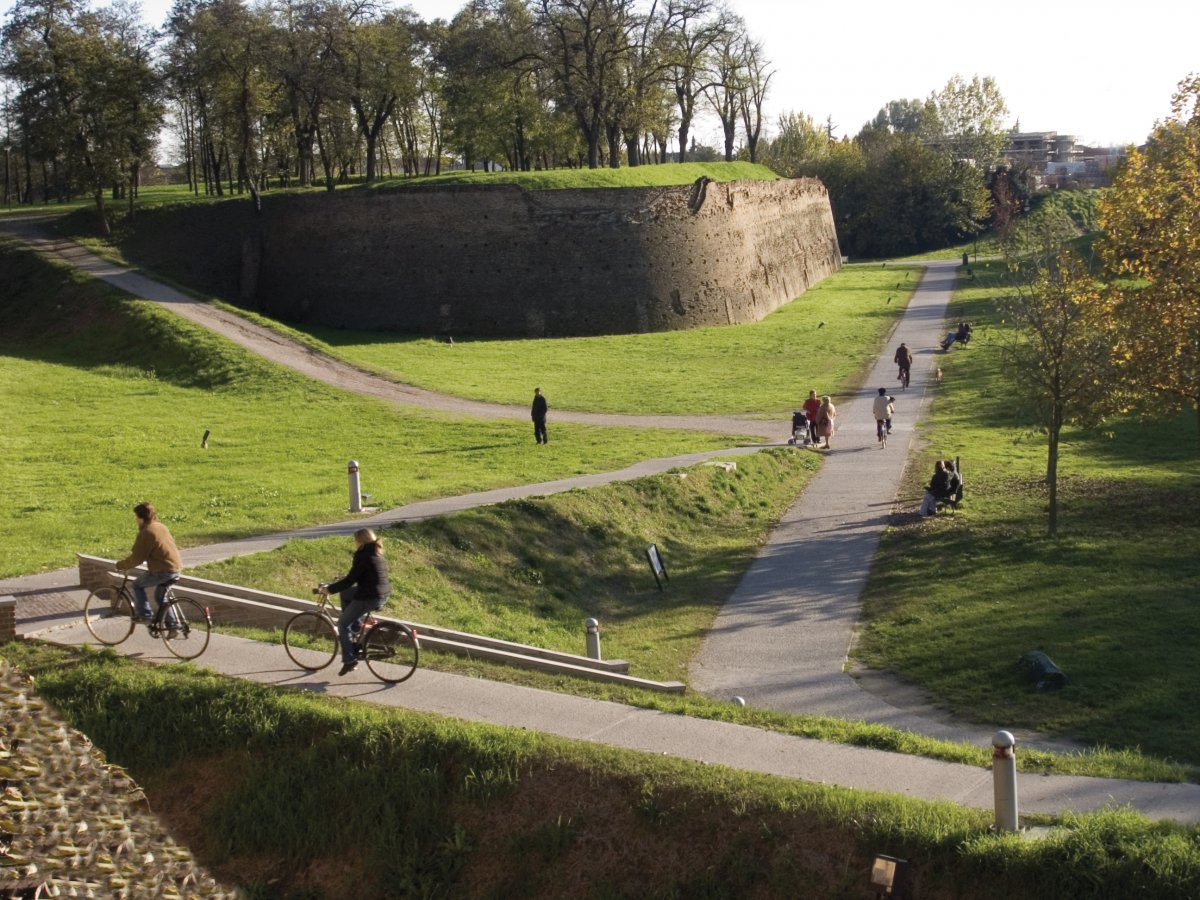