arrival at Fiumicino airport with scheduling flight, about 12.50 P.M. (Free lunch during flight) Our Guide will be wait for you at the airport and after the checkout luggage with private coach and pick up of passengers it could be the time to start the sightseeing tour in Rome with a panoramic view of the 7 hill composing this big city during the centuries as Gianicolo, Campidoglio, Palatino, Esquilino, Aventino, Viminale, Quirinale.Then the guide will join the archeological district of Coliseum, The Roman Forum, Arco di Traiano, Palazzo di Augusto. A huge walking in the deep heart of the Imperial Rome. At the end of the sightseeing transfer at the hotel with welcome drink, dinner and overnight. (The guests luggage will be at first time just recovered in the guest bedrooms by our personnel)

2nd Day breakfast at the hotel and in the morning joining the Capitol Museum he creation of the Capitoline Museums has been traced back to 1471, when Pope Sixtus IV donated a group of bronze statues of great symbolic value to the People of Rome. The collections are closely linked to the city of Rome, and most of the exhibits come from the city itself. Capitol Museum is the most ancient in the world ! Further to follow the thematic tour around Imperial Rome it is compulsory to visit the Ara Pacis Museum  The ceremonial dedication of the Altar of Peace , took place on the 30th January in the year 9 B.C. The altar dedicated to  the Emperor Augustus the 1st one came to be built in the middle of a vast plain The Ara Pacis has been restored to the public after a long period of inaccessibility, while vital works were carried out to create conditions suitable for conserving the monument over a long period .Further it will the timetable for a typical lunch in the Trastevere District the popular one in Rome. Free time after lunch for individual sightseeing or shopping. Coming back at the hotel in autonomy or with the private coach. Dinner and overnight.

3rd Day after breakfast at the hotel daily tour dedicated of discovering the Baroque Rome including Trevi Fountain, Spanish Steps, Pantheon and Piazza Navona, Sant’ Ivo alla Sapienza . Lunch nearby Pantheon and in the afternoon admittance to Villa Borghese Museum, one of the best recommended place in the world with the special collection of art as Caravaggio, Bernini as a propriety of the Prince Scipione Borghese . The Museum is located inside an extended park, the big one in Rome, a nice walking can be suggested if the climate can be not so hot. Coming back at the hotel with dinner and overnight.
4th Day Early breakfast and in the morning transfer to Tivoli for the huge daily tour at Hadrian's Villa (Villa Adriana) in Tivoli bears witness to the grandeur of the Roman Empire. It is one of the best kept and most visited archaeological sites in Italy. This is why it has been listed as a Unesco World Heritage Site since 1999. The villa was built by Roman Emperor Hadrian at the foot of the Tiburtine Hills between 118 and 138 AD. The vast residential complex extended over an area of about 120 hectares (about 300 acres) and looked very much like an ancient Roman city. The site included buildings, baths, temples, barracks, theatres, gardens, fountains and nymphaeums. The villa itself was designed on two levels: the upper floor, quiet and welcoming, was reserved for the emperor official use, while the lower floor was noisy and bustled with the work of slaves. 40 hectares, which fortunately still attest to the magnificence and significance of this complex.
Stop lunch with typical dishes of the area of Tivoli and in the afternoon another huge visit to Villa d'Este is one of the symbols of the Italian Renaissance and is listed as a Unesco World Heritage Site. Situated in Tivoli, near Rome, the villa is a gem of architectural and landscape splendor. The extraordinary complex is famous all over the world for its splendid fountains characterized by wonderful and suggestive water displays and for being the most beautiful example of the Italian Renaissance garden in Europe. The villa was commissioned by Cardinal Ippolito II d’Este, a former governor of Tivoli and son of Lucrezia Borgia. The masterpiece of the location  was carried out by the ingenious architect Pirro Ligorio. which started in 1550 and lasted for about 20 years .The whole complex extends for 4 hectares and includes the Palazzo d'Este, and garden adorned with trees, and hedge-lined avenues and around a hundred fountains which are real works of art. After this long unplugged beauty coming back to Rome with dinner and overnight at the hotel.

5th Day after breakfast and comfortable check out at the hotel transfer To the Vatican Museum with guided tour including  the Sistine Chapel and St Peter's Basilica around 4 hours of visit. Further lunchtime nearby at restaurant with farewell meal and in safety timetable transfer to Roma Fiumicino for your flight FCO 20.10  LGW 21 .50. End of our service Raggio Verde Incoming Italy tour operator.

The quote will include private coach  with private driver for all the timetable of tour in program including the pickup customers at the Airport and departure, parking in Rome. 04 overnight in hotel 4 stars in Rome with b&b and half board dinners. Guided tours with local guide mother tongue English speaking in Rome. Lunches during the excursions with typical courses Admittance tickets with reservation in the Monuments and Museums as in program. Italian Wat 22% is including in the quotation per person. Medical Cover Insurance  by Travel and Travel Agency for all the passengers in Tour.

The quote will be not include beverage during the meals : dinners at hotel and lunches at restaurants. Tour leader assistance during all the tour. City tax with direct payment at the hotel

This tour is available all the year ! 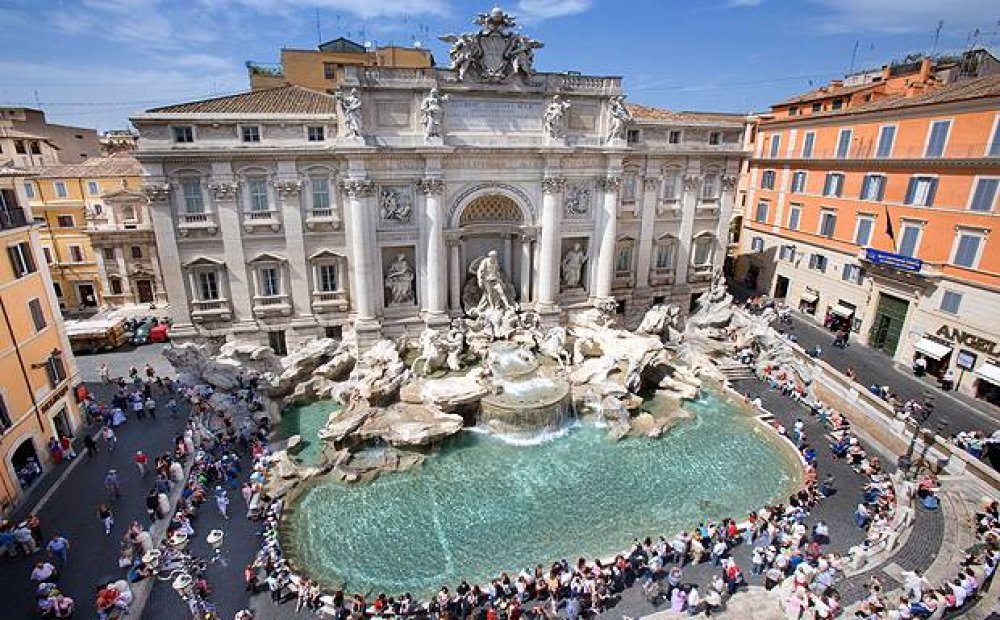