1 st Day: Arriving in Ferrara. Meeting with our guide and starting of the tour to discover the places where Lucrezia Borgia, become the wife of Alfonso I d’ Este lived in Ferrara from the 1502. First the monastery of Corpus Domini where the lady is buried with others members of Estensi family. A special atmosphere will capture the people: a holy place where the sisters still protect the memory of the duchess of Ferrara. Closely to the monastery and the Tombs Chapel there is Casa Romei  an example of private noble house of XIV century, where also Lucrezia Borgia used to live. Further another place to discover the Studiolo created by the daughters of Lucrezia Borgia Este: Eleonora and Lucrezia. This tiny but precious room is located in the City Hall and visiting by admission.

At the end of the guided visit stop lunch in a central restaurant nearby the Estense Castle  the Cathedral, the Jewish Ghetto and the medieval core of the city. Free time, at the end of the tour and then dinner and overnight at the hotel.

2nd Day morning transfer to Mantua firstly the Palazzo Ducale, and meeting with our guide for the big interior sightseeing of the huge palace where lived the family of Gonzaga for many centuries but with the starting of the project of splendour thanks to the high cultural knowledge of Isabella d’ Este become wife of Francesco II Gonzaga at the end of 1400. Between 1395 and 1406, St. George's Castle was built after projects by Bartolino da Novara and, from middle 15th century and on order of Ludovico II Gonzaga, it became the residence of the family. In the south-east tower, Andrea Mantegna frescoed, between 1465 and 1474, the famous ‘Camera Picta' or ‘Camera degli Sposi' (Painted room or Bridal Chamber); on the first floor one can also find the first Studiolo (small study room), and the first Grotto of Isabella d'Este.

She had been the most important character as a mecenas who had in her court the most important artists: Leonardo da Vinci, Bellini, Tiziano. At the end of this guided stop lunch and following the sightseeing tour of the surrounding if the palace: the Cathedral, the small but full of atmosphere Piazza Broletto, where there is the medieval Palace of the Podestà. Then you will see the Piazza Erbe with the stately Palazzo della Ragione, the Clock Tower and the circular Church of S.Lorenzo, commissioned by Matilde of Canossa to resemble the Holy Sepulchre.

3rd day in the morning guided tour of the peculiar Palazzo Te, nearby the town. Mantua was once surrounded by four lakes formed by the river Mincio. Not far from the island on which the city was built was another island, in Medieval times called Teieto (then abbreviated to Te.The island, which would have been verdant and quiet, soon became a place of leisure for the Gonzaga family. Numerous documents inform us that it was already in use by the mid fifteenth century. At the beginning of 1500 Francesco II Gonzaga, husband of  Isabella d’Este, had a house and stables for his thoroughbred horses built here. Traces remain of a prestigious building with painted walls in the area below the roof of the present Palazzo. One of the frescoes is dated 1502. The tour will show to you the huge frescoes of Giulio Romano.

The purpose of the building is also clearly expressed in an inscription in the chamber of Psyche: this is a Palazzo for free time and enjoyment, for the honest leisure of the prince, whose energy is restored amid the peace and calm. Palazzo Te was often used by the Gonzaga family to receive and honour important guests, as is the case of the visit by emperor Charles V, who stayed at the Te on two occasions, in 1530 and 1532. Henri III, king of France, was received here in 1574. After the stop lunch  in the afternoon a special boat trip around Mantova’s Lakes to admire the city by water and the nature Mincio river in forming the two lakes. At the end of the sightseeing, possibility to have free time and free dinner. Overnight  at the hotel.

4th Day Departure to Sabbioneta a huge city founded by Vespasiano Gonzaga at the end of the XVII century. This is the example of the “Renaissance city” or “Ideal City” with very interesting monuments as  Palazzo Ducale, il Teatro all'Antica progettato da Vincenzo Scamozzi, la Galleria degli Antichi il Palazzo Giardino. At the end of the guided tour stop lunch near by the town. Further departure of guests.

The quotation will not include: Transfers, admittance entrances in all museum of program 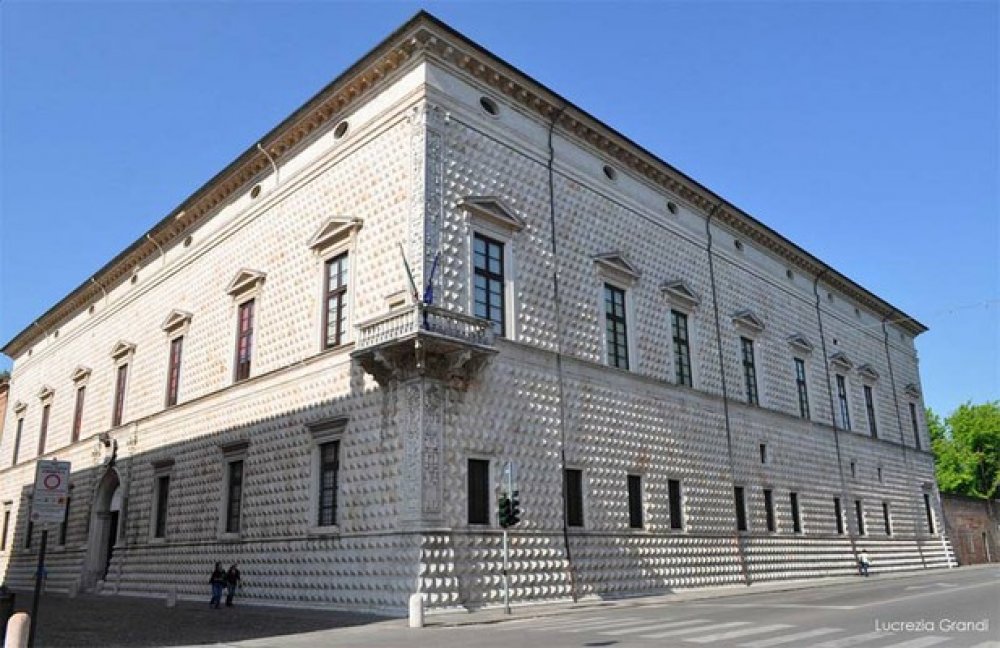