Ravenna and its Byzantine History –


Visit the city of Ravenna with its outstanding monuments, beautiful buildings and its peaceful, verdant urban scenario! Since the age of August the city had been an important naval base, but it was under the splendid kingdom of Theodoric (494-526A.D.) that it flourished as the foremost European city of the Eastern Roman Empire, the Byzantine Empire.

In the morning you will be round the city with a guide. The tour will start from the Church of Saint Apollinare Nuovo, famous for its cylindrical bell tower, and then it will go on with the visit of the Neoniano Baptistery, also known as Orthodox Baptistery and particularly interesting for the fine marble inlays, mosaics and stuccos, that decorate its arcade.

Then you will visit the Arian Baptistery. Stop lunch with a special sandwich called “piadina” with ham, vegetables and soft cheese  light but useful to follow the guide in showing the most interesting and stunning monumental structure in town: the Basilica of Saint Vitale with its marvellous mosaics. The tour will end with the visit of the Mausoleum of Galla Placidia, the daughter of the roman Imperator Theodosius. Built between 425 and 450A.D., it’s a small and simple building, whose mosaics representing the Apostles, the Evangelists and the Good Shepherd’s Parable are the oldest of the town and even more impressive if possible than the ones in Saint Vitale. 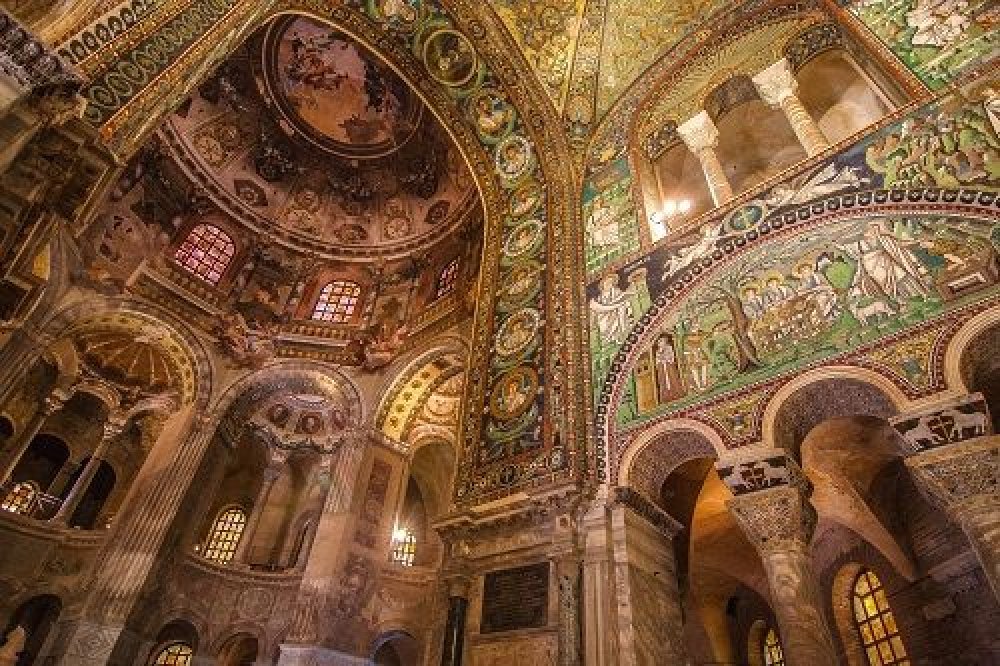